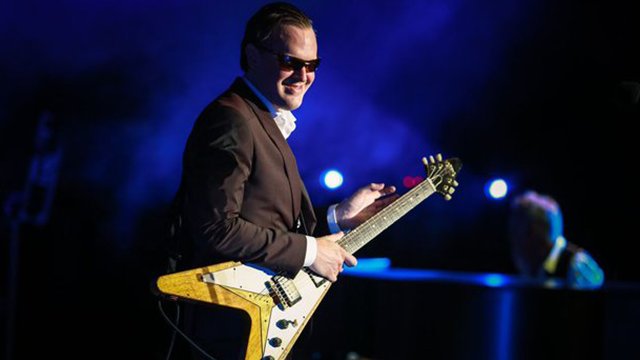 Joe Bonamassa's love of the British Blues is at the heart of his musical inspiration; and, for the first time, is pleased to announce a special homage to the British blues rock guitarists that inspired him - Eric Clapton, Jeff Beck and Jimmy Page. "If it wasn't for certain British musicians of the early 1960s, the Blues may well never have exploded into Rock music as we know it today, and indeed may have passed into history," says Bonamassa. Eric Clapton, Jeff Beck and Jimmy Page are some of the greatest guitarists of their time that influenced Joe Bonamassa's career. All three are Yardbirds alumni, and indeed actually all played together at one time in the same band. Jimmy Page went on to form Led Zeppelin, which became the ultimate electric Blues band and both Eric Clapton and Jeff Beck became international superstars in their own right. Now, Blues superstar, Joe Bonamassa, will pay tribute to these legends of the British Blues, in a stunning live concert entitled JOE BONAMASSA - BRITISH BLUES EXPLOSION LIVE, which was recorded at the Old Royal Naval College in Greenwich, London in July 2016.