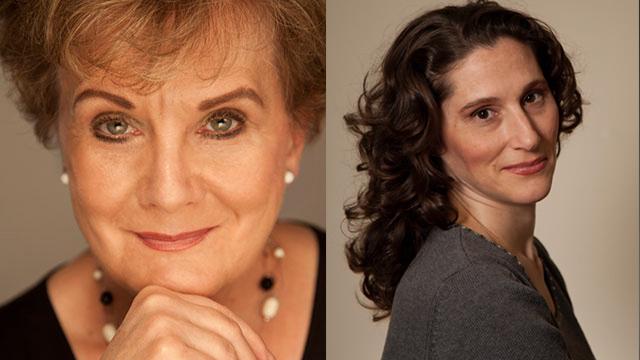 WVIA’s next Simply Grand Concert features soprano Barbara Liberasky-Nowicki and pianist Carol Ann Aicher in a program titled, "Art Song Treasures of Poland." The live concert will be held on Sunday, March 22, 2015 at 3 p.m. in the Sordoni High Definition Theater at the WVIA Public Media Studios in Pittston, PA. We're sorry but reservations are at capacity for this concert and we can no longer take reservations.

Dr. Barbara Liberasky-Nowicki, soprano, has performed abroad and throughout the tri-state area in opera, concert, and recital.  Her opera credits include appearances with the Grande Theatre of Geneva, Switzerland in productions of Parsifal, Albert Herring, La Boheme, and Boris Godunov, the latter of which was televised throughout Europe. She has been a soloist with the Pittsburgh Symphony, the Pittsburgh Opera, the New York Lyric Opera, Mostly Opera, the Ossining Chorale, the Pittsburgh Chamber Opera Theater, the Ridge Light Opera, Stony Hill Players, the New Jersey Concert Opera, and the Baroque Orchestra of New Jersey, among others. Dr. Nowicki earned a Doctorate of Education in College Teaching and Vocal Pedagogy from Columbia University Teachers College. The topic of her doctoral research is the history of Polish music leading to the Polish art song of the 19th century. She is devoted to bringing this virtually unknown song repertoire to wider audiences. Recital venues have included New Jersey City University, the University of Pittsburgh, the Northeast Theater of Scranton, and the Kosciuszko Foundation in New York City among others.  She was featured on WQED-FM radio in Pittsburgh in a program entitled:  Oginski to Szymanowski: The Polish Art Song of the 19th Century. Dr. Nowicki also holds a Bachelor of Science degree in Music Education from Wilkes University and a Master of Fine Arts degree in Vocal Performance from Carnegie-Mellon University. As a music educator, Ms. Nowicki has taught chorus and voice at Washington and Jefferson College, Teachers College Columbia University, Carnegie-Mellon University and music in several public schools, including those in Madison and Millburn, New Jersey. Ms. Nowicki resides in Scranton, Pennsylvania with her husband the Rt. Rev. Bernard Nowicki, bishop of the Central Diocese of the Polish National Catholic Church. Their daughter, Berit Elizabeth, resides in Northampton, MA.

Dr. Carol Ann Aicher earned a Doctorate in Education at Columbia University Teachers College and holds a Masters of Music degree in Piano Performance from Manhattan School of Music as well as the Piano Pedagogy Certificate and a Bachelor of Music degree in Piano Performance with a minor in Music History from the Oberlin Conservatory of Music. Carol Ann currently teaches graduate pedagogy at the Manhattan School of Music. She was previously an assistant professor of Piano and Piano Pedagogy at West Chester University of Pennsylvania. Dr. Aicher also frequently presents workshops, lectures on pedagogy, and adjudicates various festivals and competitions. As a pianist and collaborator she has performed at many venues on the east coast; Longwood Gardens, Strathmore Hall, Lincoln Center, Steinway Hall. She is half of the Oberlin Piano Duo, an ensemble that specializes in music for four hands, one piano. Carol Ann is also part of a two piano team with her husband Douglas Lane.