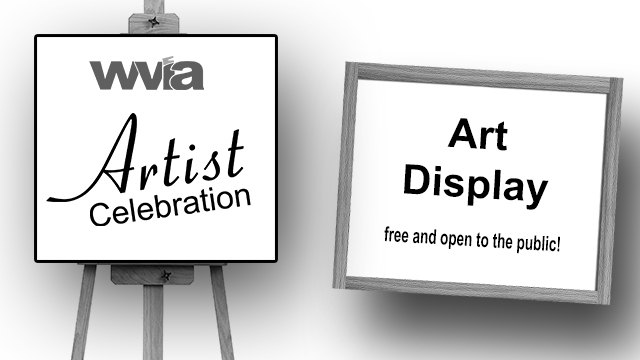 The top ten visual Artist of the Week finalists will exhibit their work for the month of April at the following galleries.  Artist Celebrations will be held at each gallery where the Artist of the Year for both Performing and Visual Art, as well as the People's Choice Awards will be announced:

Artist of the Year: Visual

WVIA is proud to announce that the following visual Artists of the Week have been chosen to exhibit their work at three separate galleries: Mainstreet Galleries in Kingston, Gallery 425 in Williamsport and The Looking Glass Gallery in Hawley.  Each will have a small Celebration at the beginning of April and will exhibit the entire month. The top ten visual art students, plus one People's Choice Award Winner (to be revealed at the celebration) are as follows:

Artist of the Year: Performing

WVIA is proud to announce that the following Performing Artists of the Week have been chosen as the top ten performers, and finalists for Performing Artist of the Year!  (and one Viewers Choice Award winner, both to be named later)

Support for WVIA's Education provided by