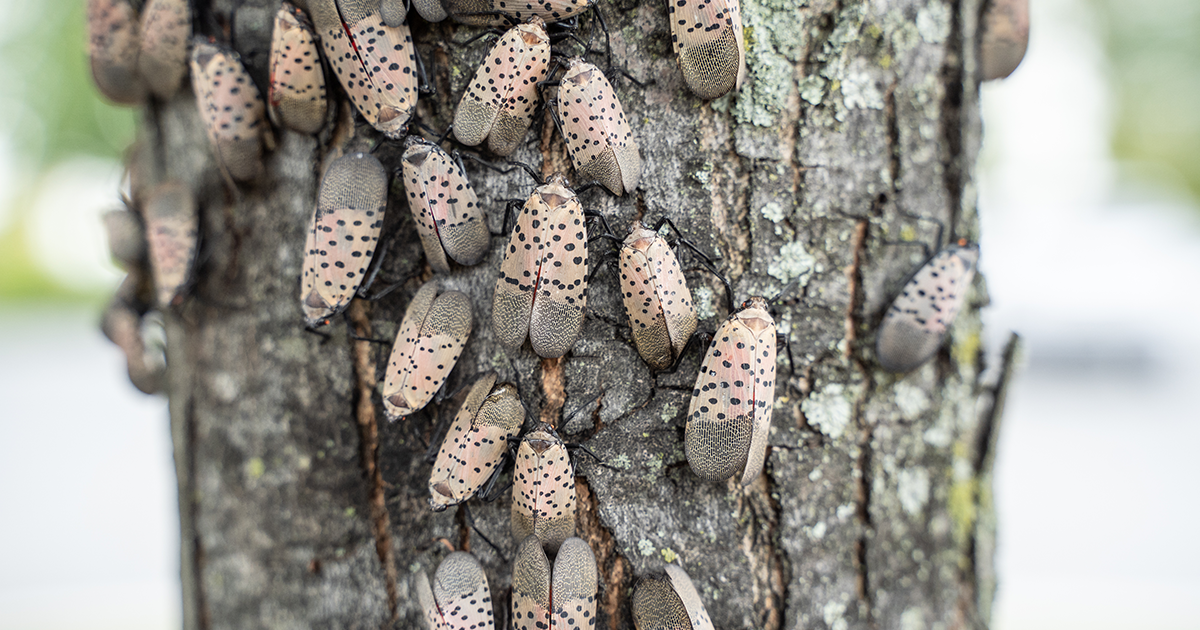 Pennsylvania agriculture officials are nearly doubling the number of counties under quarantine because of the spotted lanternfly.

The invasive fly, which poses a threat to fruit and timber industries, had been concentrated in the southeast corner of the state. Now the bug has jumped the Susquehanna River and has been found as far west as Beaver County, on the Ohio border.

The lanternfly was first discovered in Berks County in 2014 and is now in 26 counties. In the midstate, Columbia, Cumberland, Juniata, Mifflin, Northumberland, Perry, and York were recently added to the list of counties affected. Berks, Dauphin, Lancaster, Lebanon, and Schuylkill counties were already under quarantine.

Living in a quarantine zone means people should check their vehicles for the lanternfly or its eggs before driving out of the area.

Shannon Powers, Press Secretary for the Department of Agriculture, said it’s clear the fly has been hitching rides on vehicles to move across the state.

So far in the new counties, the bug is not widespread, but contained to certain municipalities.

People in the quarantine zone should look out for egg masses.

“You can have a huge impact on what happens in May when they begin to hatch,” Powers said. “If you scrape them off now, they will never hatch and you will have no spotted lanternfly in your area.”

The masses are grey or brown and can look like a smear of mud or wad of old gum. Each mass can be about the size of a ping pong ball, but they are often found clustered together on surfaces such as tree trunks, vehicles, or outdoor furniture. They can be destroyed by crushing them with a spade or pocket knife.

People who find masses are asked to report them to a Penn State Extension hotline: 1-888-4-BADFLY.