8 Shows to Hear This August on WVIA Radio

Check out the WVIA Radio Highlights for August 2022 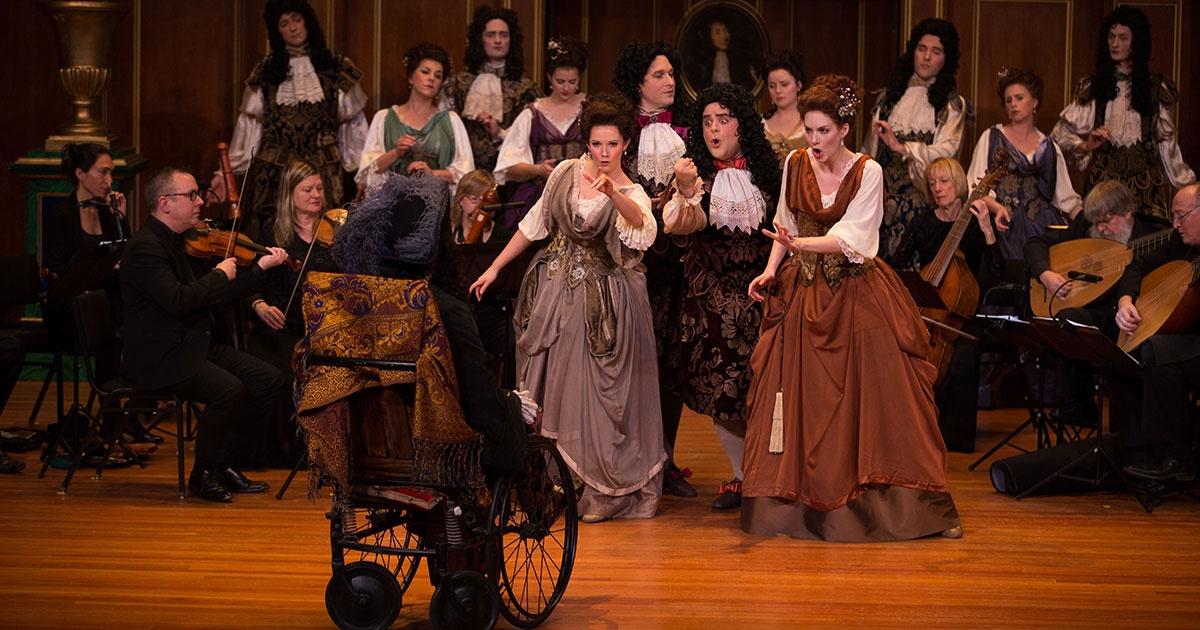 A Double-Bill - VERSAILLES: Portrait of a Royal Domain

A musical feast inspired by the splendor and majesty of Versailles, this production featured chamber operas by Charpentier and Lalande.
The GRAMMY Award–winning BEMF (Boston Early Music Festival) Chamber Opera Series was inspired by the splendor and music of the palace of Versailles. King Louis XIV transformed his father’s pastoral hunting lodge at Versailles into a lavish palace that served as the seat of government and culture in France. Enjoy a musical feast from the height of the Sun King’s reign with two chamber operas—Charpentier’s Les Plaisirs de Versailles and Lalande’s Les Fontaines de Versailles—exalting the splendor and majesty of the palace and its gardens. The refined elegance and expressive drama is brought to life by the BEMF Vocal and Chamber Ensembles.

A deal with the devil, a vow till death and surging melodies make Richard Wagner's opera "The Flying Dutchman" pure drama – and this gripping performance from the 2021 Bayreuth Festival contains even more twists and turns than usual. Director Dmitri Tcherniakov's production retells the ghostly legend as a revenge thriller. Soprano Asmik Griogorian is a powerhouse Senta, who is determined to save the cursed Dutchman, sung by baritone John Lundgren. Ukrainian conductor Oksana Lyniv leads the Bayreuth Festival Orchestra and Chorus, becoming the first woman to take the festival podium. 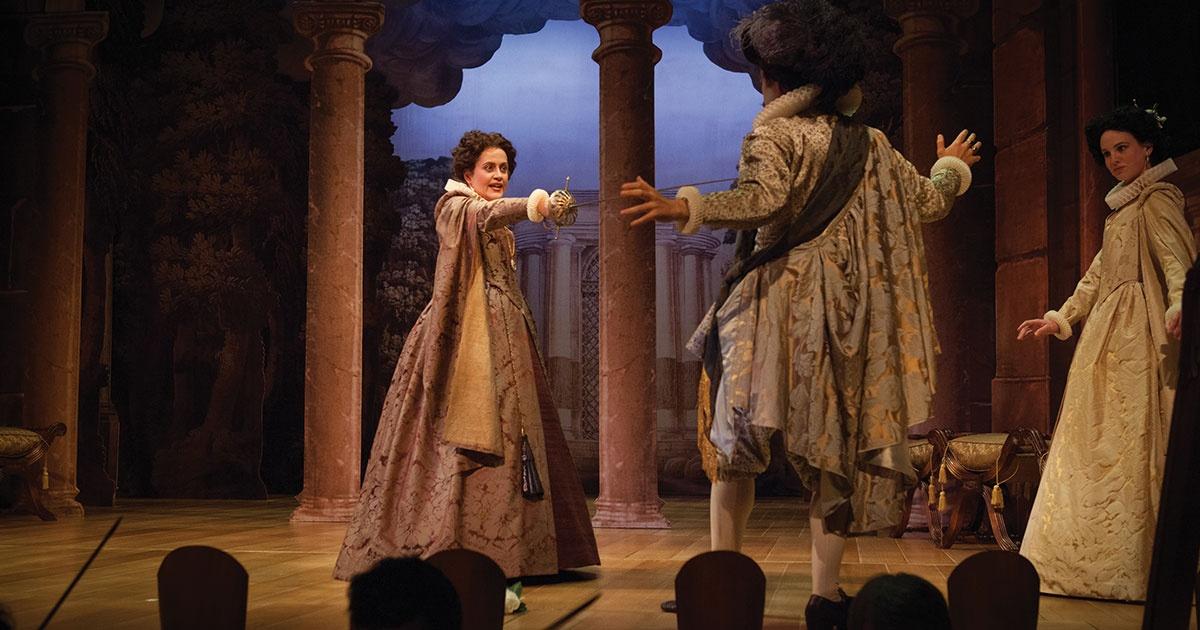 We present a rare opportunity to hear George Fredric Handel’s first opera, Almira. The composer was only 19 years old when he wrote this stunning stage work. This performance was recorded at BEMF(Boston Early Music Festival). Musical Directors Paul O’Dette and Stephen Stubbs says of this early piece by Handel, “Every moment of Almira is a musical gem in its own right, but they are masterfully woven together to create a sweeping sense of drama from beginning to end,” Experiencing the boundless imagination of this young composer’s first work transforms our image of Handel from the wealthy London impresario into something much more like our image of the young Mozart.”

The orchestra features period instruments and an outstanding cast of singers. Emőke Baráth performs in the title role, with Amanda Forsythe as the princess Edilia, Colin Balzer as Fernando, Christian Immler as Consalvo, Zachary Wilder as Osman, Jesse Blumberg as Raymondo, Teresa Wakim as Bellante, and Jan Kobow as Tabarco.

An evening of intimate chamber music in a hydroelectric power plant? You bet! Known as the "Bayreuth of Chamber Music," the Heimbach music festival is famous for its unique setting and delightfully diverse mix of pieces, including rarely heard gems. Works by Nino Rota and George Enescu, as well as Schubert and Brahms, feature in this program from the 2021 festival. Artist-in-residence Ian Bostridge also performs Ralph Vaughan Williams' song cycle "On Wenlock Edge. 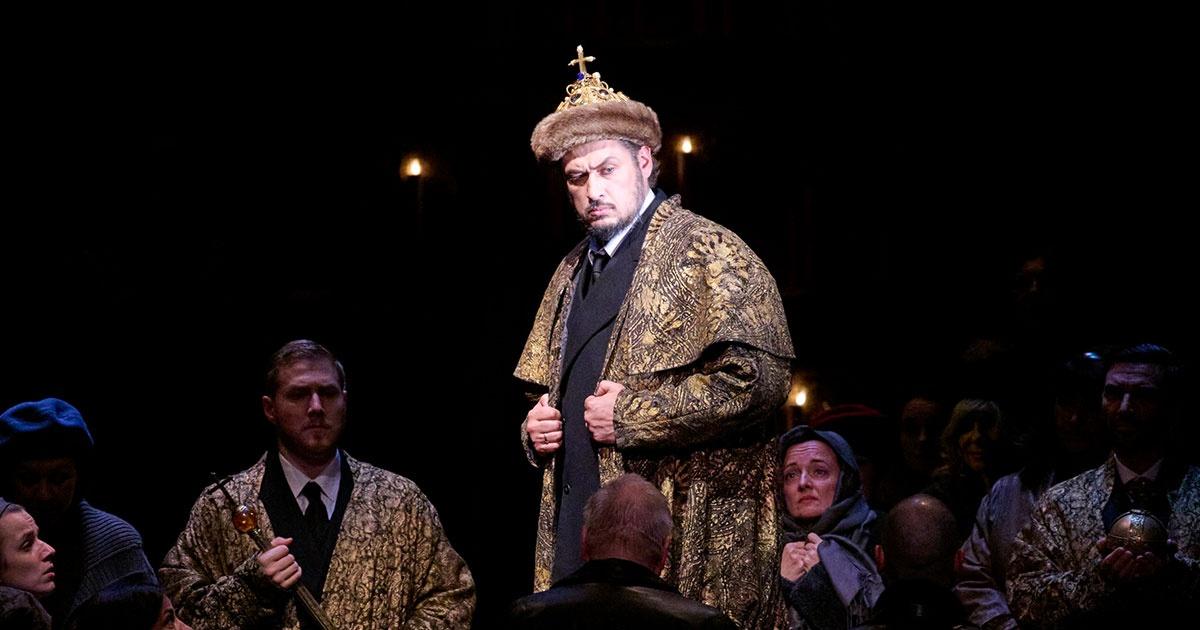 To Tchaikovsky, Mussorgsky's music was “vulgar and vile”. He criticized his “wretched technique” and his “poverty of invention”.  But Modest Mussorgsky was not driven by producing a model of musical structure; he blazed his own path. In the realm of opera, narrative was paramount. To make the hearts of the audience burn with emotion was his goal and the story of Russian Czar Boris Godunov offered the perfect canvas on which to represent the composer’s desire to plumb the depths of the Russian soul. With a libretto by Mussorgsky himself, based on the play by the great Aleksandr Pushkin, Boris Godunov is an epic story about the responsibilities and temptations of power and the infighting and backstabbing on the way to the coveted throne.

This production from the Vienna State Opera is conducted by Sebastian Weigle and features one of today’s greatest basses, Ildar Abdrazakov in the title role. As the chronicler monk Pimen, bass Vitalij Kowaljow, tenor, Thomas Ebenstein as the scheming counselor, Prince Shuisky. Dmitry Golovnin (the False Dimitri), Margaret Plummer (Boris’ son, Fyodor) round out the cast.

Is it possible to tell what's arguably the most told story in the world – the life and works of Jesus Christ – in a fresh, new way? The 2021 Bach Festival in Leipzig did precisely that by creating a never-before-heard musical cycle entitled "Bach's Messiah." Using numerous cantata arias, recitatives and choruses by Johann Sebastian Bach, and also his famous Christmas Oratorio, the cycle sketches out the life of Jesus. The selections in this show are glorious to listen to all year long, and the performers include the famous St. Thomas Choir. 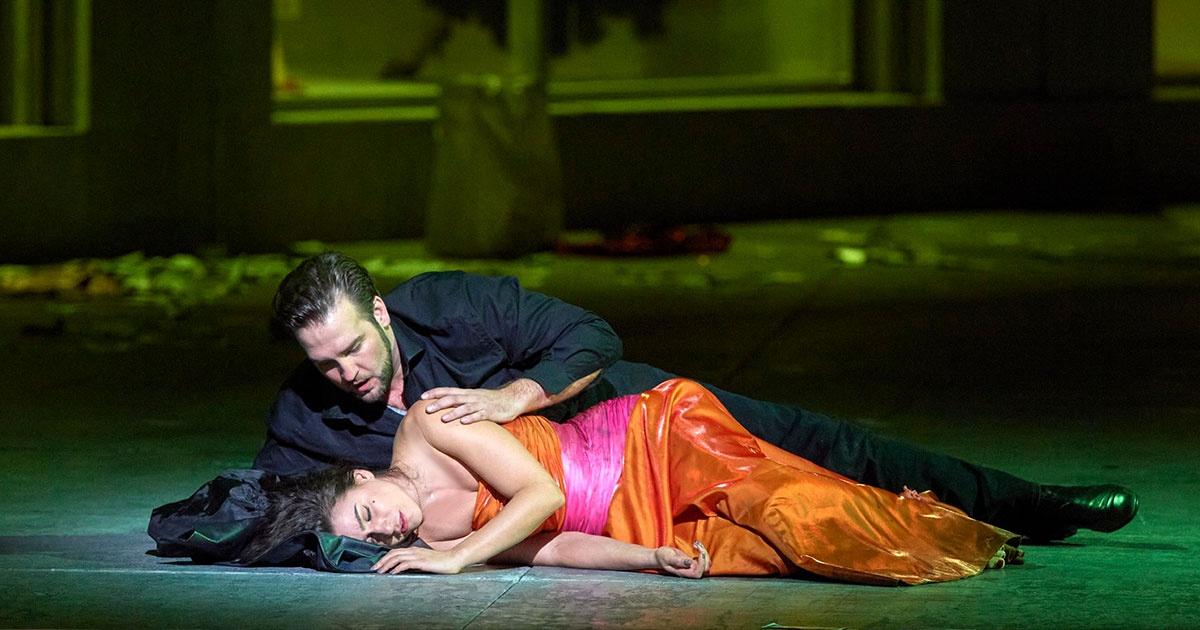 Giacomo Puccini’s Manon Lescaut spins the tale of a young woman from the provinces caught in between the love of two men. Manon is torn between the poor student des Grieux and the wealthy Geronte, between love and luxury.

The libretto by Luigi Illica, Marco Praga and Domenico Oliva, is based on the 1731 novel Histoire du Chevalier des Grieux, et de Manon Lescaut by the Abbé Prévost. Puccini’s publisher tried to dissuade the composer from the project because Massenet had, just a few years before, produced his version of the story, simply titled Manon. Puccini was unmoved, explaining, "Manon is a heroine I believe in and therefore she cannot fail to win the hearts of the public. Why shouldn't there be two operas about Manon? A woman like Manon can have more than one lover." He added, "Massenet feels it as a Frenchman, with powder and minuets. I shall feel it as an Italian, with a desperate passion."
The opera was first performed in 1893 in Turin, at the Teatro Regio. It was Puccini’s third opera and first big success, to be followed by La Boheme and then Tosca!

Take a walk in the country – with Beethoven! His Symphony No. 6, known as the "Pastoral" Symphony, was his attempt to express not nature itself but the sensation of nature, those feelings that a babbling brook or a violent storm arouse in a person. The Chamber Orchestra Basel gives an evocative performance at the Beethovenfest in Bonn, with Sylvain Cambreling conducting. The concert also includes the exceptional violinist Carolin Widmann performing two of Beethoven's romances and part of the world premiere of contemporary Austrian composer Georg Haas' piece "What Beethoven Tells Me" – a fitting title for this Beethoven-packed program.