9 Shows to Hear This December on WVIA Radio

Check out the WVIA Radio Highlights for December 2021 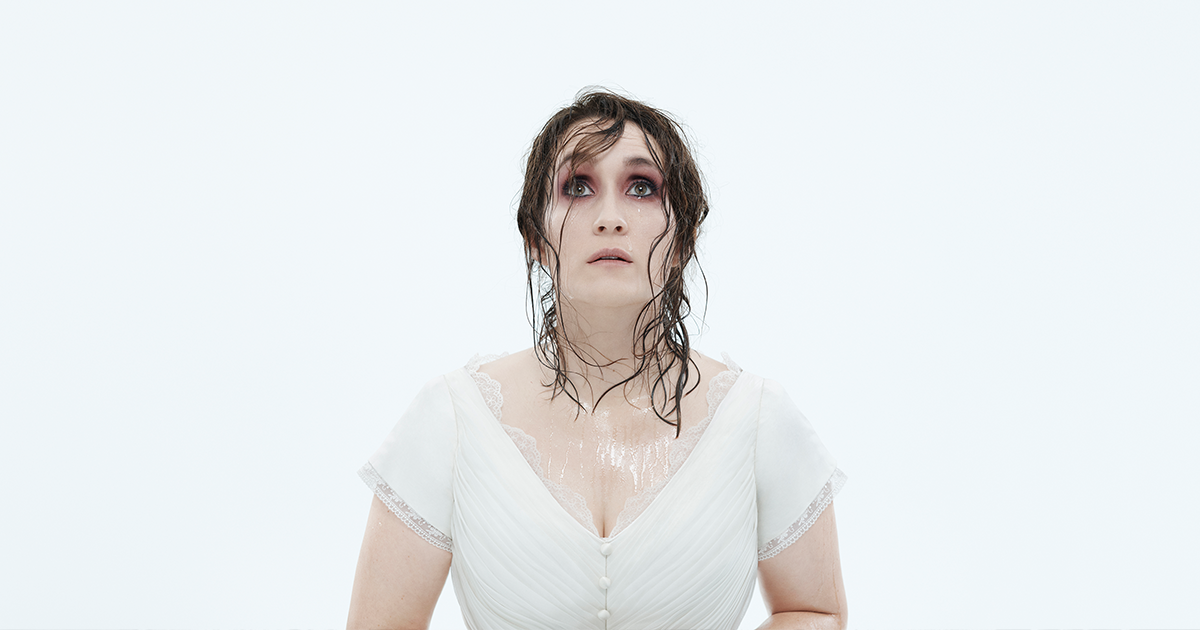 The season opens with a new production and a Met premiere. Eurydice is Matthew Aucoin’s retelling of the famous ancient Greek myth of Orpheus, who attempts to harness the power of music to rescue his beloved Eurydice from the Underworld. The story has inspired composers since opera’s earliest days and now brilliant American composer Matthew Aucoin carries that tradition into the 21st century with a captivating new take on the story—a product of the Met’s commissioning program. With a libretto by Sarah Ruhl, adapted from her acclaimed 2003 play, the opera reimagines the familiar tale from Eurydice’s point of view. Yannick Nézet-Séguin oversees the momentous Met premiere from the podium, leading Aucoin’s evocative music and an immersive new staging by Mary Zimmerman. Soprano Erin Morley sings the title role, opposite baritone Joshua Hopkins as Orpheus and countertenor Jakub Józef Orliński as his otherworldly alter-ego. Bass-baritone Nathan Berg is Eurydice’s father and fellow resident of the underworld, with tenor Barry Banks as Hades himself.

Two grand and glorious works are featured: “Te Deum” by Hector Berlioz and the “Emperor” Concerto by Beethoven, the Piano Concerto No. 5 in E-flat. Emanuel Ax is the featured soloist and the Mendelssohn Choir of Pittsburgh joins the orchestra in the choral song of praise by Berlioz. Manfred Honeck conducts. 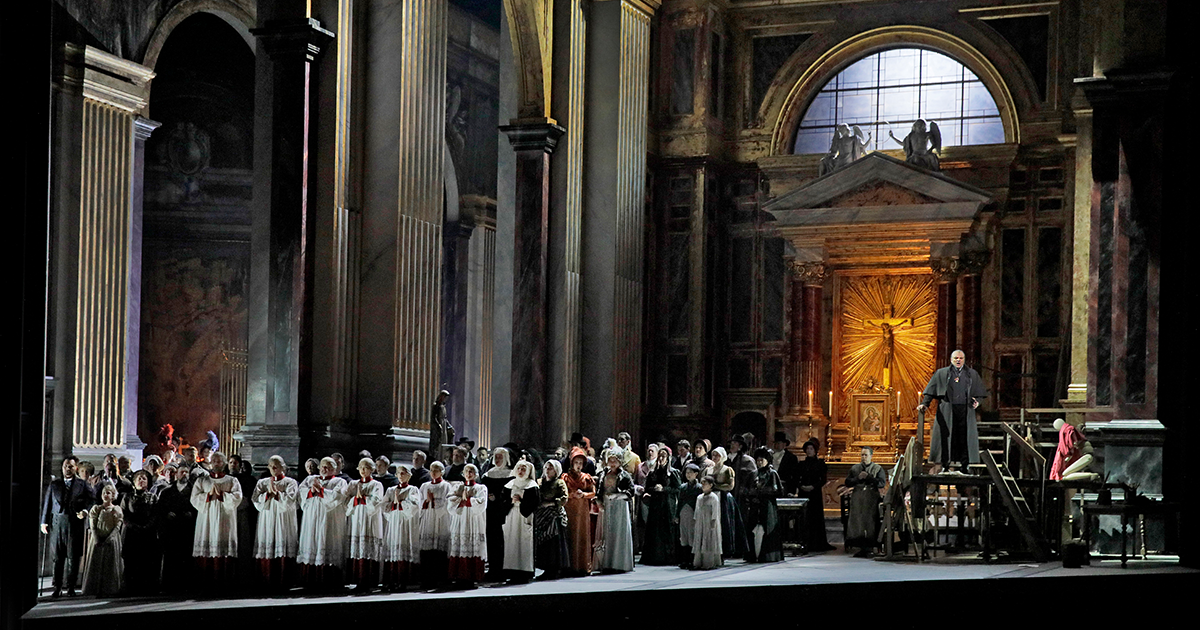 Since its first performance in Rome in 1900, Puccini’s melodrama about a volatile diva, a sadistic police chief, and an idealistic artist has offended and thrilled audiences. Critics, for their part, have often had problems with Tosca’s rather tawdry subject matter and the highly-charged intensity of its score. But there is no doubt that Puccini created many crowd-pleasing dramatic opportunities for the opera’s lead roles. These sometimes competing aspects have made Tosca one of a handful of iconic works that seem to define the word “opera'' in the public imagination. Tosca’s popularity is further secured by a superb and exhilarating dramatic sweep, a driving score of abundant melody and theatrical shrewdness, and a career-defining title role.

The Mendelssohn Choir of Pittsburgh joins the orchestra for a performance of Haydn’s Missa in Tempore Belli (Mass in Time of War). This choral masterpiece of the Viennese classical era is also known also as the Paukenmesse due to the dramatic use of timpani. Manfred Honeck also conducts Mozart’s “Paris” Symphony, and Betrand Chamayou joins the orchestra for a performance of Ravel’s Piano Concerto for the Left Hand. 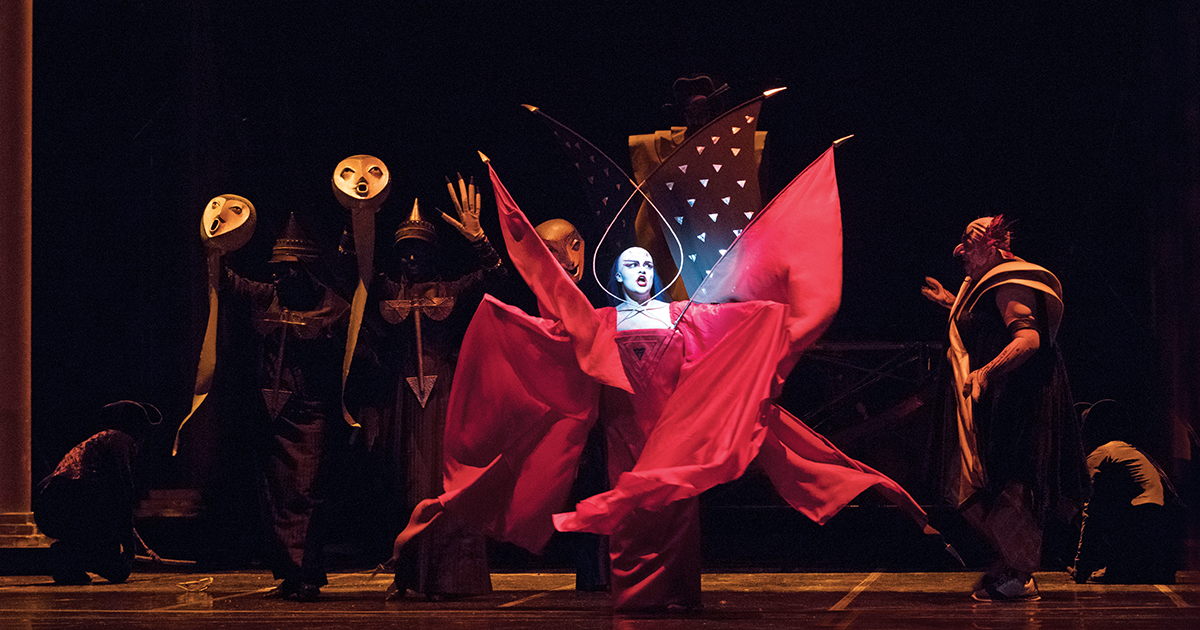 The Met’s abridged, English-language version of Mozart’s magical fairy tale is a classic holiday treat for audiences of all ages. A cast of standouts comes together to bring the charming story and enchanting music to life, led by tenor Matthew Polenzani as the courageous Tamino and soprano Hera Hysesang Park as the virtuous Pamina. Rolando Villazón makes an exciting role debut as the lovable lout Papageno, alongside Kathryn Lewek as the fearsome Queen of the Night and Morris Robinson as her nemesis, the wise Sarastro. Jane Glover conducts.

The Magic Flute (Die Zauberflöte in the original German) is a sublime fairy tale that moves freely between earthy comedy and noble mysticism. It was written for a theater located just outside Vienna with the clear intention of appealing to audiences from all walks of life. The story is told in a singspiel (“song-play”) format characterized by separate musical numbers connected by dialogue and stage activity, an excellent structure for navigating the diverse moods, ranging from solemn to lighthearted, of the story and score. It was first performed September 30, 1791, just several weeks before Mozart’s untimely death.

A service in song and word that has become one of the nation’s most cherished holiday celebrations. Tickets to the event - which takes place at St. Olaf College in Northfield, MN - are always gone months in advance. The festival includes hymns, carols, choral works, as well as orchestral selections celebrating the Nativity and featuring more than 500 student musicians in five choirs and the St. Olaf Orchestra. 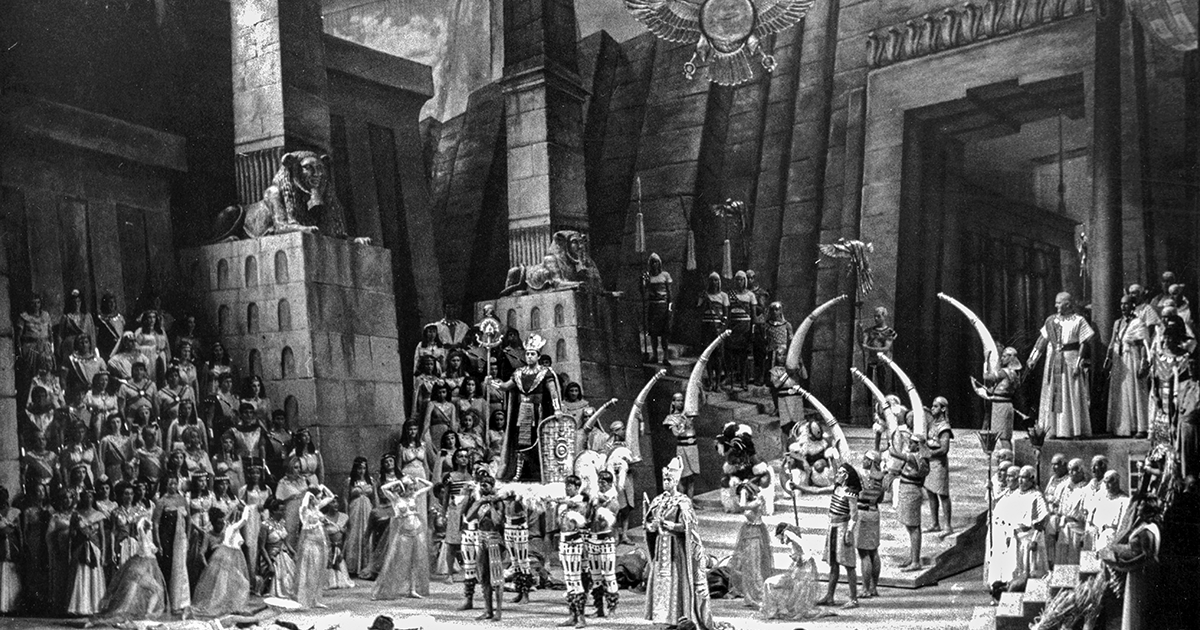 Aida at the Met

If any single opera is most associated with the Metropolitan Opera, it would be Verdi’s Aida. The monumental exotic scenes and passionate human dramas, all set to soaring melodic music, are the epitome of the grand opera an audience expects at the Met. That’s probably why Aida was the most performed opera in the repertory until the popularity of Franco Zeffirelli’s La Bohème production gave that opera an edge in the total number of performances in recent years.

The first of the Met’s eight Aida productions premiered in 1886 and was sung in German, with the eminent Wagner disciple Anton Seidl conducting and Therese Herbert-Förster, wife of famed operetta composer Victor Herbert, in the title role. After Italian opera returned to the Met in 1891, Aida became a repertory staple. From the 1893–94 season until 1944–45, Aida was in repertory for every Met season. Even after that long stretch, there was rarely a season without it; only one season between 1945 and the end of the Rudolf Bing regime in 1972 did not include Aida.

Among the fabled artists of the 1890s who enjoyed acclaim in Aida were one of the first American star sopranos, Lillian Nordica; the great Wagnerian soprano Lilli Lehmann; the creators of the roles of Otello and Iago in Verdi’s Otello, Francesco Tamagno and Victor Maurel; and the most admired tenor of the period, Jean de Reszke. The latter was also the most famous Siegfried, Tristan, Faust, and Roméo of the day, and a handsome matinee idol with an immense following.

In 1908, Giulio Gatti-Casazza became General Manager of the Met and brought with him Arturo Toscanini as his chief conductor. The Italian team opened their first season with a new production of Aida featuring elaborate sets designed by Milanese artists Mario Sala and Angelo Parravicini and costumes by Maison Chiappa. Toscanini conducted a cast that presented renowned Czech soprano Emmy Destinn in her Met debut, and four of the company’s biggest stars: Louise Homer, Enrico Caruso, Antonio Scotti, and Adamo Didur. It was a fitting inauguration of the longest managership in Met history; Gatti-Casazza remained General Manager until 1935.

A new production in 1923, with sets by Parravicini and costumes by Ethel Fox, lasted in the Met’s repertory for nearly three decades until Rudolf Bing commissioned a new production in 1951 from director Margaret Webster and designer Rolf Gérard. The Radamès in 1923 was Giovanni Martinelli, who holds the record for the most appearances in that demanding role, with 123 performances. Zinka Milanov, who sang Aida in the premiere of the Webster production of 1951, holds the record for the title role with 75 performances.

Subsequent Aida productions premiered in 1963 (by Nathaniel Merrill and Robert O’Hearn), in 1976 (by John Dexter, David Reppa, and Peter J. Hall), and in 1988 (by Sonja Frisell, Gianni Quaranta, and Dada Saligeri). These Aida casts have been filled with legendary artists too numerous to note here.

A service in song and word that has become one of the nation’s most cherished holiday celebrations. Tickets to the event - which takes place at St. Olaf College in Northfield, MN - are always gone months in advance. The festival includes hymns, carols, choral works, as well as orchestral selections celebrating the Nativity and featuring more than 500 student musicians in five choirs and the St. Olaf Orchestra.