March Highlights on VIA Radio The best of VIA Radio programming for March 2020 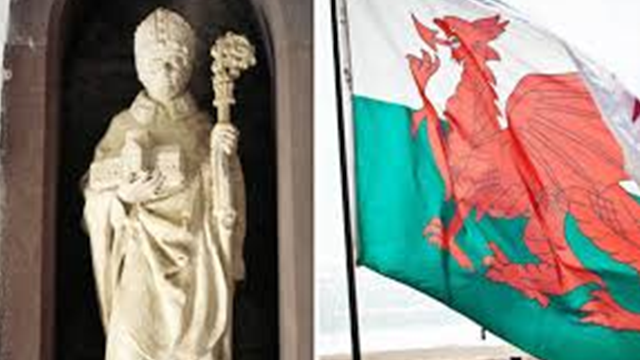 Join VIA’s Fiona Powell for "Gwalia!", a celebration of Wales in music; from ancient to modern Wales, and from the Welsh of our beloved Gwalia, to the Welsh around the world. 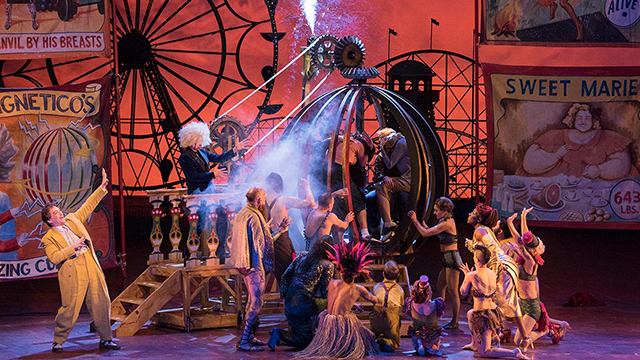 Coney Island once again comes to the stage of the Met with the first revival of Phelim McDermott’s popular staging of this Mozart comedy inspired by the side shows of the boardwalk. The pairs of young lovers are a casting dream: soprano Nicole Car, mezzo-soprano Serena Malfi, tenor Ben Bliss, and bass-baritone Luca Pisaroni, with the glorious bass-baritone Gerald Finley as the cynical Don Alfonso and the charming soprano Heidi Stober as the mischievous maid Despina. Harry Bicket conducts.

The third and final collaboration between Mozart and librettist Lorenzo Da Ponte is a fascinating paradox: a frothy comedy of manners with an intensely dark take on human nature; an old story (it has antecedents in Boccaccio, Shakespeare, and Cervantes, among others) with a startlingly modern tone; and a beautiful score depicting questionable behavior. Così fan tutte was only moderately successful at its premiere and remained just outside the standard repertoire for more than a century. Così still poses unique challenges, and correspondingly unique rewards, for the public today. Every possible impression of love—from the loftiest to the basest—is explored in this extraordinary opera. 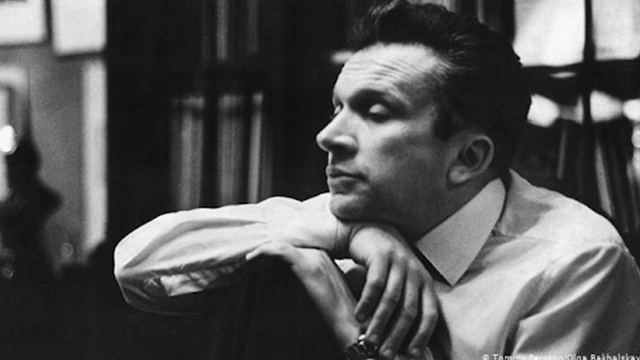 2019 was, among other things, the Weinberg year. Born 100 years ago in Poland, Mieczyslaw Weinberg is an unsung hero worth getting better acquainted with. We have his last symphony, dating from 1993. This performance in Berlin is led by a conductor who knew Weinberg personally, Thomas Sanderling.

This program centers on a composer whose music is much-loved by performers and audiences, yet one who strangely enough has been widely neglected, Mieczyslaw Weinberg. But this concert in the Konzerthaus on Gendarme Square in Berlin begins with quite a different piece, the first piano concerto by Johannes Brahms. 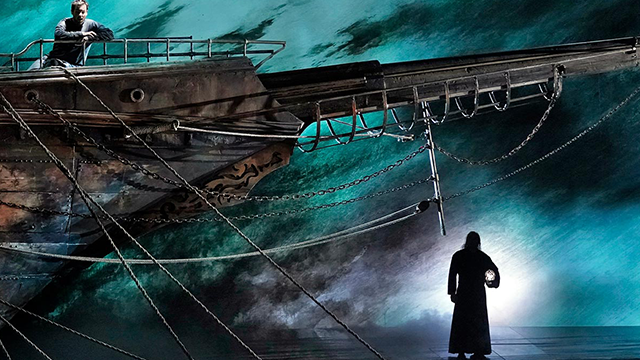 François Girard, whose revelatory 2013 take on Parsifal set the recent Met standard for Wagner stagings, now unveils a spellbinding new vision of the composer's tale of a cursed sea captain doomed to sail the open ocean for eternity. Valery Gergiev conducts a brilliant cast led by bass-baritone Evgeny Nikitin as the Dutchman, with German soprano Anja Kampe making her anticipated Met debut as the devoted Senta, whose selfless love is what the Dutchman seeks. Bass Franz-Josef Selig is her father, Daland, and tenor Sergey Skorokhodov is her deserted former lover, Erik.

Der Fliegende Holländer is the earliest of Wagner’s operatic creations to remain in the repertory. The two lead roles represent archetypes to which the composer would return, in one form or another, in most of his later works: the “otherworldly stranger” and the woman who sacrifices herself for his salvation. The work’s unearthly ambience is impressive but only one aspect of it: Both the world of nature and of the supernatural are magnificently evoked in the score. 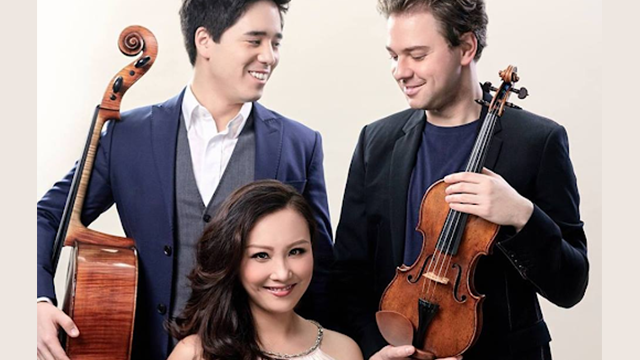 The city of Bonn not only has a Beethovenfest in the fall, but also a Beethoven Week in the winter, both saluting the composer born and raised there. Performed just feet away from the little room where Ludwig van Beethoven came into the world, this concert comes to you from Germany's most often-visited music museum, the Beethoven House which also is the home of a sleek, modern chamber music hall. Performing is a piano trio with a long-term commitment to the genre, the Sitkovetsky Trio, and the program is tied together by the concept of theme and variations, from the capricious to the profound. 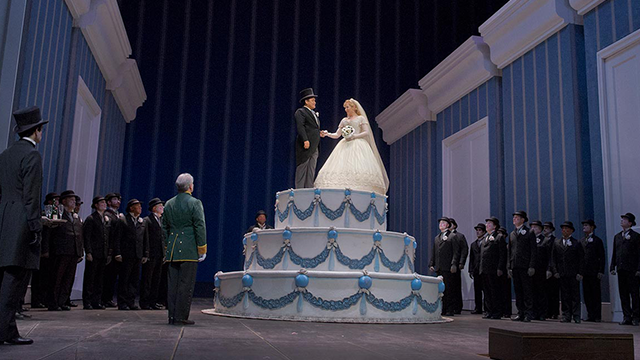 The story is simple: A young woman is denigrated by her own family but ultimately exalted by a prince who sees her true value. Rossini’s operatic version of the Cinderella tale (“Cenerentola” in Italian) is charming, beautiful, touching in parts, transcending its roots as a children’s fairytale and making the title heroine’s transformation one of character rather than stereotype. 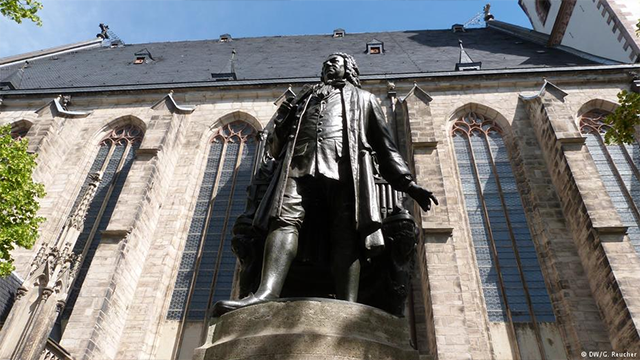 To celebrate the birthday of maybe the most universally loved composer in the world, Johann Sebastian Bach, Deutsche Welle brings us the opening of the Bachfest in Leipzig. Under the slogan "Court Composer Bach," this year's festival highlighted works written when Bach was engaged at various courts. The opening concert from the Bachfest pits three of his most popular works against music by Frenchman Marc-Antoine Charpentier. We'll hear the French-influenced side of Bach, in his Orchestral suite No. 3.

Bach didn't have to travel to France or any other country to pick up the newest musical styles of his time because a lot of major European composers came to the Duke's court in Weimar during Bach’s tenure there. And even if they didn't, he'd copy out their music if it was published and thus absorb those various styles into his own. That made Bach a truly international composer. 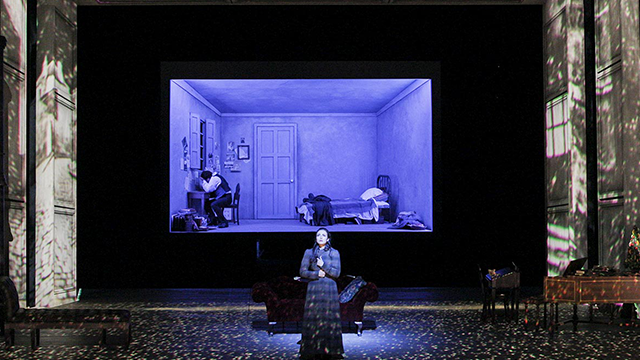 One of opera’s greatest depictions of impossible love, Werther is based on Goethe’s epistolary novel The Sorrows of Young Werther. A sensation when it appeared in 1774 (and partly inspired by the author’s own experiences), it tells the story of a melancholy poet whose love for a married woman and general disaffection with the world lead to his suicide. The archetype of the artistic, brilliant, and doomed young man rebelling against the establishment has resonated through the ages in literature, theater, film, and music. 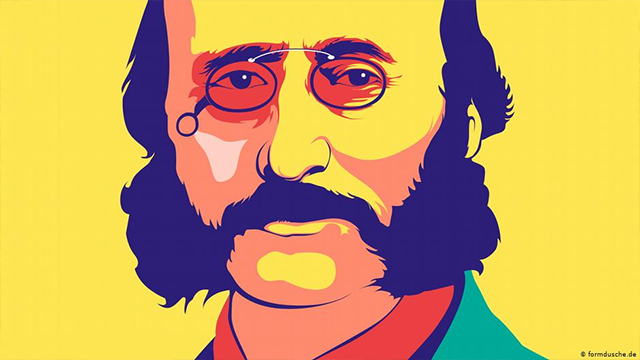 "Yes, we Can-Can" is what the fine people of Cologne are chanting two hundred years after the birth of Jakob – later Jacques – Offenbach. The author of indelible melodies such as the Can-Can from "Orpheus in the Underworld" and the Barcarole from "Tales of Hoffmann" was a master of the not very German art of musical entertainment. But there's much more to him, as you'll discover from an Offenbach festival in Cologne.